The news from my hometown recently was all about the annual Wranglers Rodeo. When I was a kid, the rodeo was one of those big events we looked forward to every year -- right up there with homecoming, July 4, and the Major County Fair.
When you ask someone from the East or West Coast what they think of when they hear the word Oklahoma, the first thing they usually say is Indians or Cowboys. And if you ask someone what they think of when they hear Indians or Cowboys, one of the first things they'll probably mention is a horse.
So if A = B and B = C it stands to reason that if you are from Oklahoma, you ought to know your way around a horse.
You would think.
The sad truth is that even though I grew up in small town Oklahoma, I didn't really have that many opportunities to ride a horse--until the Wrangler Rodeo each year.
Officially the reason you went to the rodeo was to see barrel racers light across the rodeo grounds and crazy men trying to stay on bucking broncos. But the real reason you went to the rodeo, especially if you were a town kid like me, was to get one of your horse-owning friends to give you a ride around the outside of the arena.
So I was probably in the sixth grade the year I went to the rodeo and saw this girl who lived on my street riding her horse.
"Hey, can I have a ride?"
"Sure, come on up."
Now to get the full import of this story you have to imagine her the same way I remember her--an elfin blond 7-year-old. That's right seven. She was one those people that had grown up riding horses since about the day she was born. And me? I was an Amazon size 12-year-old, as attested by this picture taken the same year (at the school Christmas program--another must-see annual event) where
I am taller than everyone else in my class by at least a head! 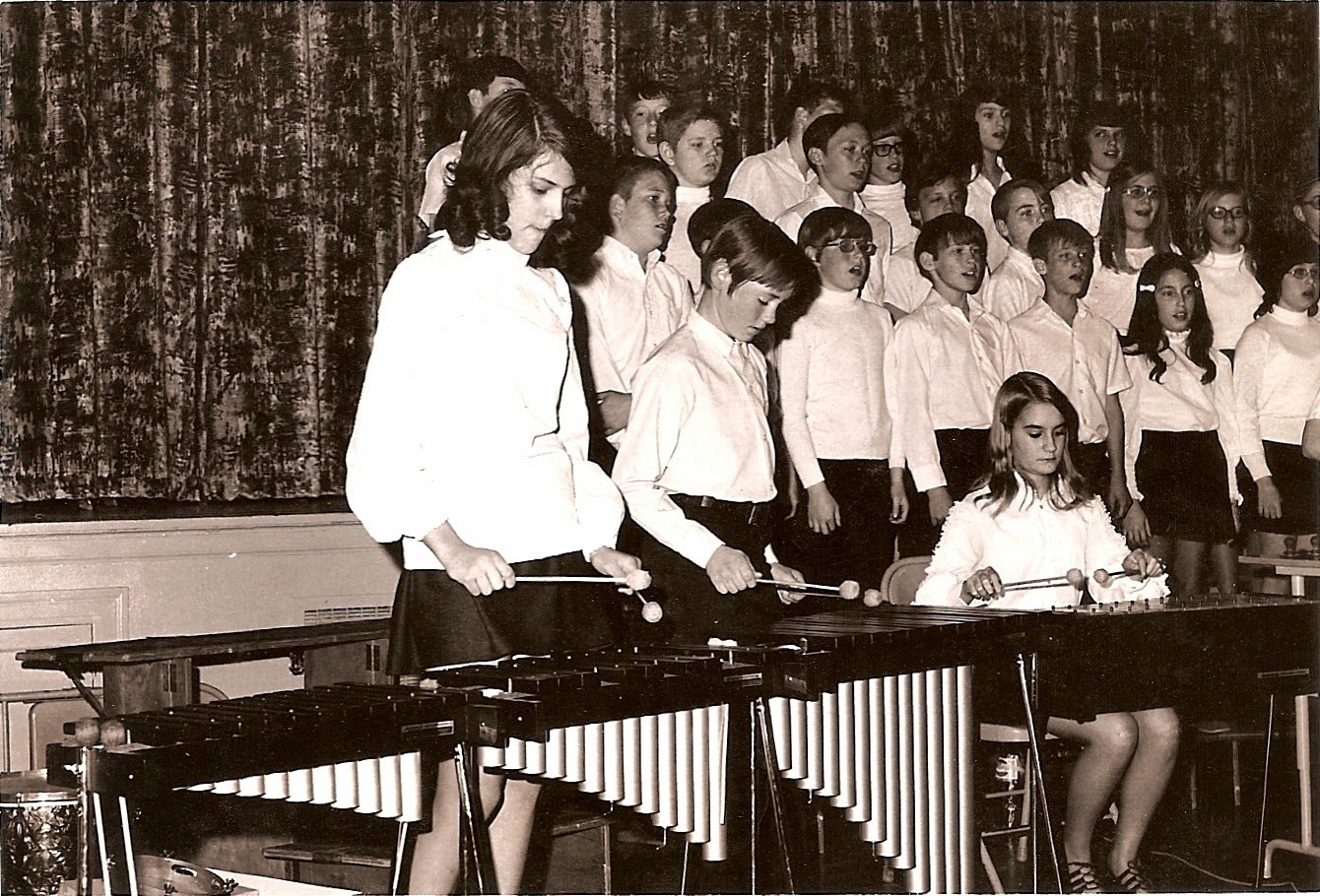 So anyway, I get up on the horse behind her and off we go. We're sauntering around the backside of the bleachers as I'm nodding with a knowing grin to all the other people in the "That's right, I'm riding a horse at the rodeo" club, when my friend decides to kick it up a notch and gallop the horse. Actually I don't know if she decided or the horse decided, but before I knew it, the horse is in a trot and BOOM! We ran over a lady walking to the concession stand.
Her husband quickly bent down and picked her up and then with eyes blazing turned his gaze to us. Let me rephrase that. Turned his gaze to the Amazon-sized kid on the back of the horse who was obviously the older, wiser horse rider and started yelling, "You need to  need to watch where you're going! You could have hurt someone! You don't race horses out here. Slow down!"
I was trying to explain that it wasn't me. I didn't know anything about horses. It was her! The elfin blond in the front seat. But it only sounded like I was making excuses.
Thoroughly shamed I climbed off the horse, went and found some friends in the bleachers, and watched calf roping. But something got into me and I decided if I had  been in charge of that horse, I wouldn't have run over anyone.
I went to find another friend , and I convinced this silly soul that I was competent enough to ride her horse all by myself! Minutes later, there I was up on this horse sauntering around the backside of the bleachers, not running over anyone. Then all of a sudden the horse decided that it didn't want to be at the rodeo anymore. It took a sneaky left turn and headed outside the gate of the rodeo grounds and directly into the road that led in.
Suddenly there were bright headlights--then horns blaring--then someone yelled, "Get that horse out of the road!" I tried to lead it back into the gate, but I didn't know what I was doing and the horse was getting spooked. It started to panic and turn circles. Or maybe that was me.
"Move out of the way!"
"I'm trying!" I cried. Then some nice person (actually I think they were probably pretty ticked off, but I couldn't really tell because I was blinded by headlights) jumped out of their pickup, grabbed the reins of the horse, and led it back into the gate.
That was it. My horse riding days were through.
But recently I had a chance to redeem myself with the equine world. I have a good friend and neighbor who is part of the team at the JoyRide Center, a wonderful organization involved in therapeutic horsemanship. My friend contacted me the other day and asked if I could fold their logo into a book.
This is the kind of horse I can handle!
My first stop was at the used bookstore where I found this book to use. How's that for a great cover? 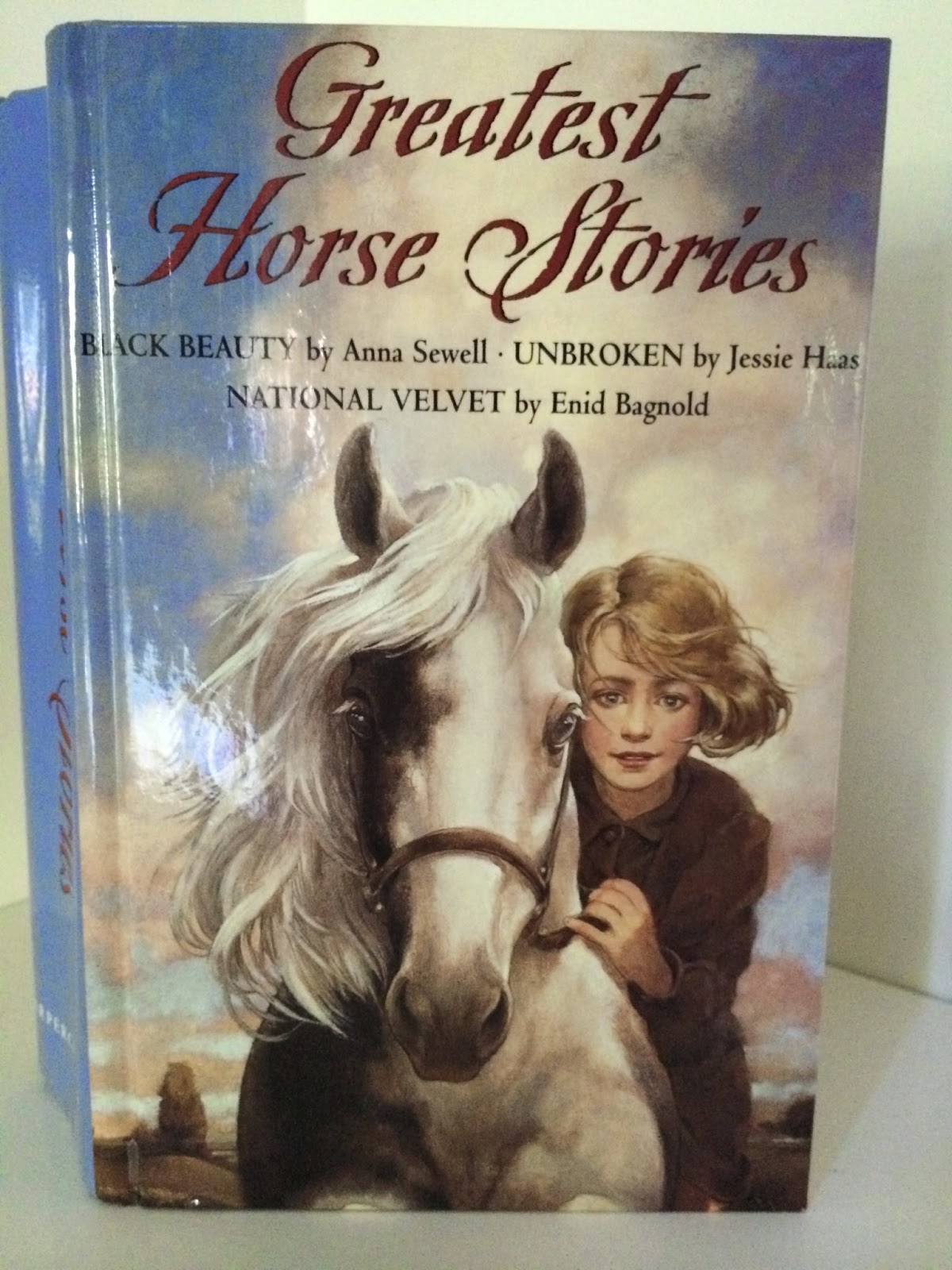 And here's how the logo turned out. Pretty dang good, I think. 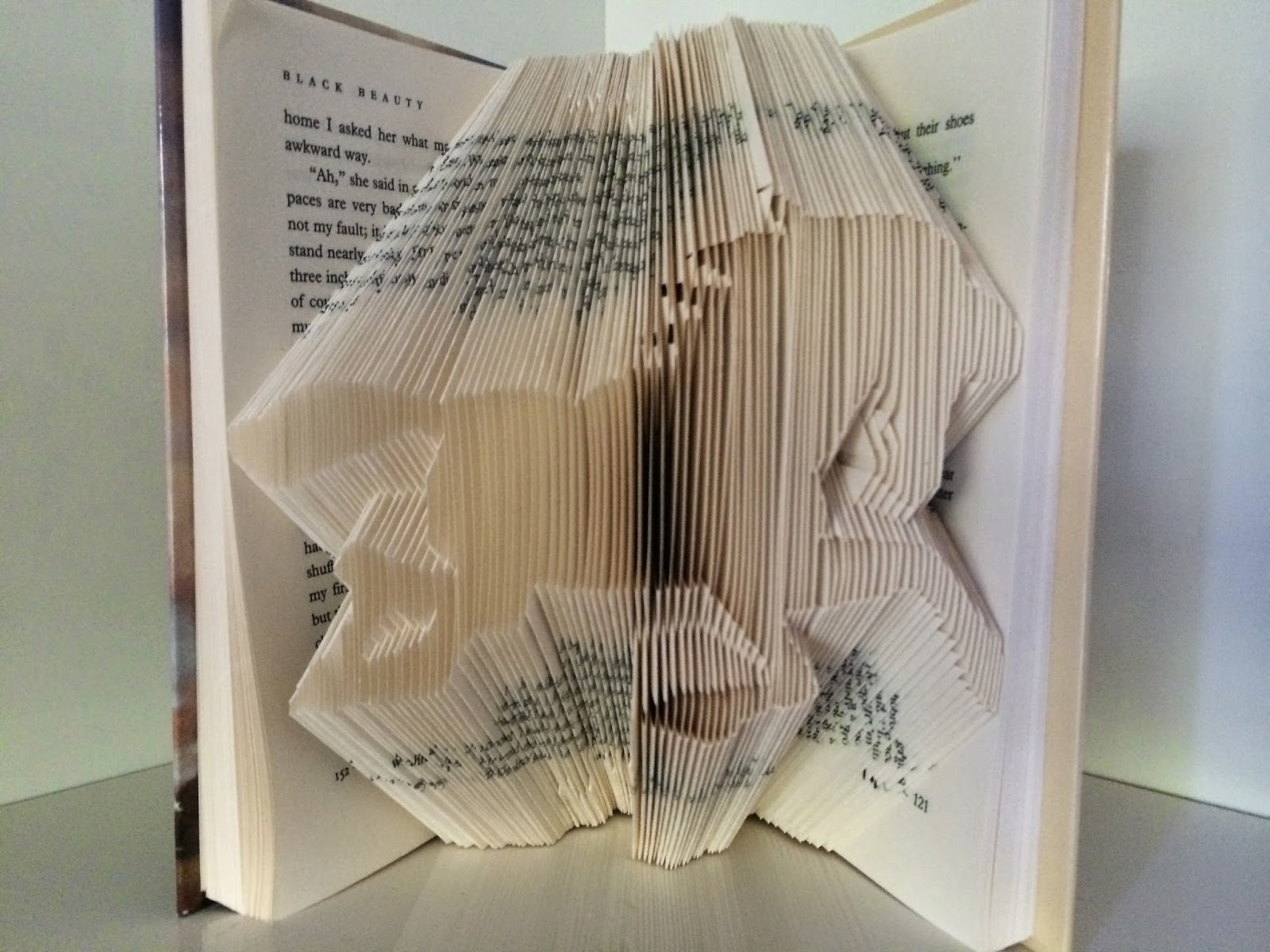 It will be part of their fundraising auction in September, so those of you in the area, be sure to check it out!