When life brings you twins, don't fret. I can make you a duet of books! 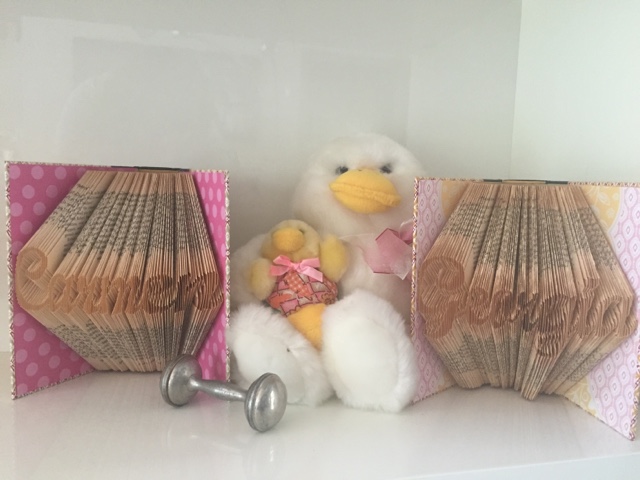 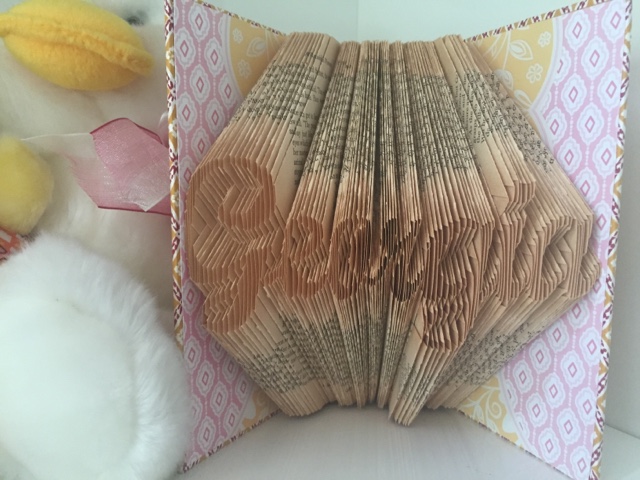 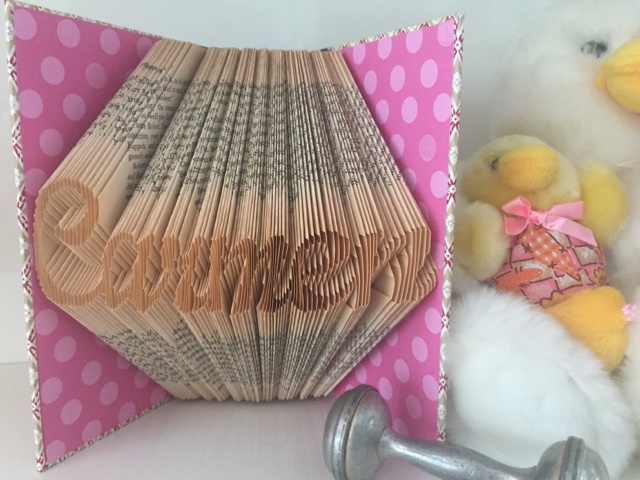 Posted by Stephanie Pounds at 5:59 PM No comments:

The Trouble With Men

So it's been a while since I've been on here. I blame men. Two of them specifically.

Exhibit A: this guy 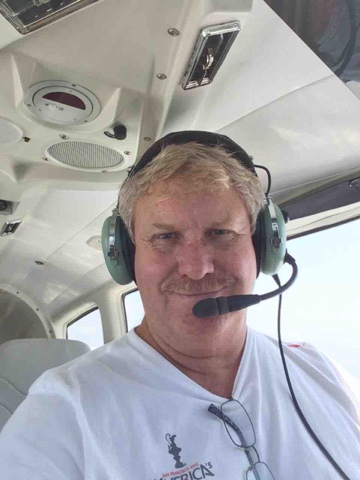 Captain America changed the kind of plane he flies recently. That means he's a lot higher up in seniority and has a much better schedule. He's home now more than ever. (Is that even possible?? And that is not a rhetorical question.)

It's great having him around the house more, but the flip-side is I haven't had as much time to write as I used to.

Exhibit B: this guy

Meet little QuarterPounder. Isn't he the sweetest thing ever? Hard to believe that the last time I wrote on here, we were just finding out if he was a boy or a girl. He showed up at the end of August, and now he weighs about 11 1/2 pounds, eleven of which I'm pretty sure are in his cheeks. 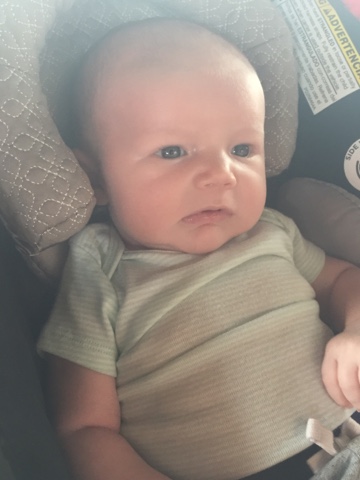 Sorry, I had to stare at that picture for a little longer. <Sigh.>

Anyway, I've been working for several weeks on something special for his room and I finally sent Captain America on enough trips that I got it finished. Taaaaa-daaaa! 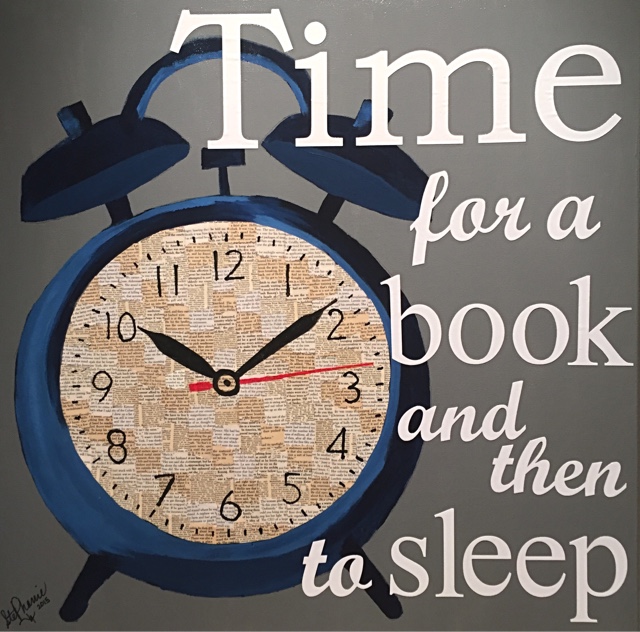 His mom and dad decided that they didn't want any particular theme in his room but they wanted it to be filled with lots of books and they wanted the colors to be navy and gray.

Do you know how hard it is to think up something for a baby boy that doesn't involve sports or animals? But as I was looking through a catalog one day I saw a picture of an alarm clock and thought "That's it! I'll make something with a clock and incorporate books somehow, too."

The first thing I had to do was come up with a saying. Something that incorporated clocks and books. My mom was always one of those who would let you stay up just a little longer if you were reading a book, so I just went with that idea.

Then I started with the paint. TRUE CONFESSION: I'm not a painter! Geez Louise, it was the most nerve-wracking thing ever!

I sketched something on the canvas and then experimented with mixing colors to show shadows and highlights. By the time it was over I felt like a real artiste. TRUE CONFESSION: That was a joke. It was nerve-wracking until the end, but at least it looked sort of like an alarm clock. 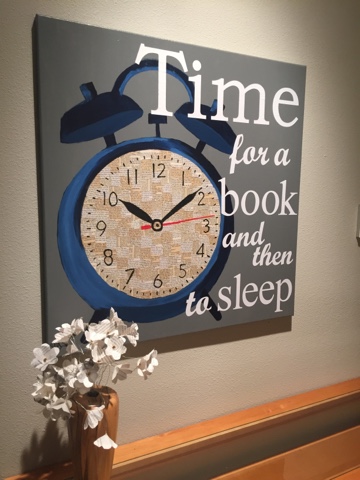 For the clock face, I decided to go with a book page mosaic, just like I did with the hearts and the guitar. Remember? 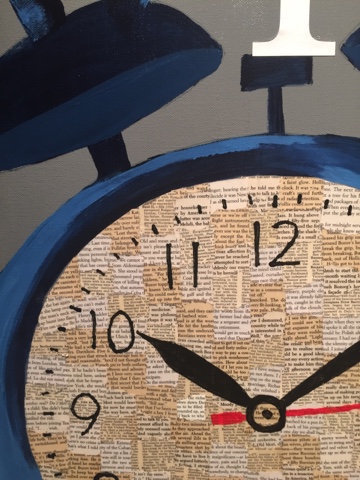 Then I painted the numerals and the hands and finished by Mod Podging on the text. (Is Mod Podging really a verb?)

I signed it with my new grandma name, Granny Phanie. 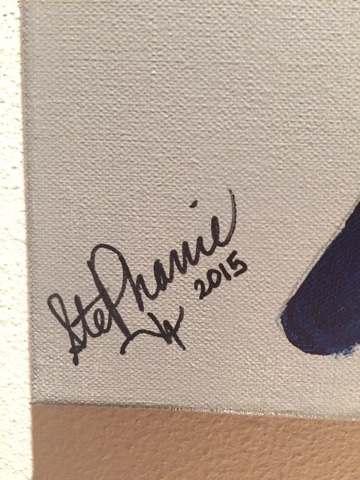 But the best part? After his mom and dad hung it on the nursery wall, I got to go to read to QuarterPounder and see if he liked it. 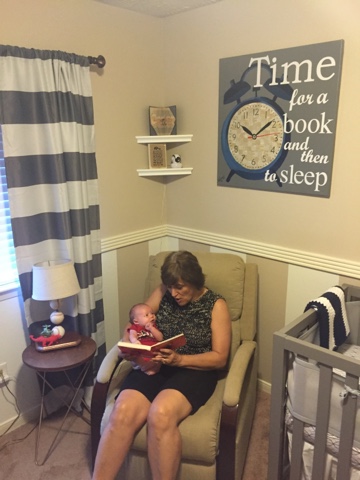