So the other day I made a mad dash through the Phoenix airport to catch a plane. My first flight had landed just a few minutes before, and the late landing and a connecting flight in the next terminal meant this was not going to be an easy task.

I rounded the corner just as they called my group to get on and out of breath, I handed my boarding pass to the gate agent and took my seat.

The airplane gods were being good to me that day, or at least that's what I thought. I had an exit seat with a lot of room. Well, a lot of room relatively speaking. The flight attendants quickly went through their spiel, and with my seatbelt securely fastened across my lap and my backpack situated underneath the seat in front of me, I felt the plane lurch backward...and then stop.

"Uh..." said a voice from the cockpit, "Ladies and gentlemen, we've just received word that there are major thunderstorms in Texas and they've called a ground delay in Houston, so we're going to have to sit here for an hour. Please feel free to get out your phones and computers."

Phones and computers, are you kidding me? I thought as I reached into my backpack and grabbed an RDCB. This is the perfect time to fold a book! So I did.

I had gotten just this far... 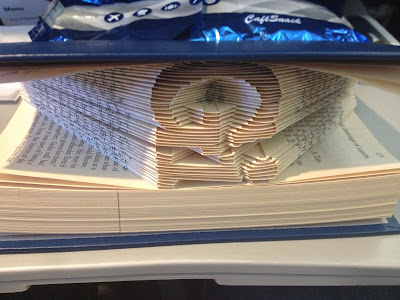 ...when the voice from the cockpit returned.

"Ladies and gentlemen, we just got word from the dispatcher that we're free to go. Please restow all your personal belongings. We'll be on our way shortly."

A collective sigh of relief came from the passengers as the flight attendants made sure we were buckled in and tray tables were stowed. The plane began backing up again, pivoted, and began its way to the runway...and then...

"Ladies and gentlemen, I'm sorry, but even though the dispatcher told us it was OK to go apparently he hadn't checked with Houston and there is still a ground delay. We're going to have to wait another hour. The flight attendants are going to go through the cabin with a beverage service."

The collective sigh of less than a minute before now turned into a collective groan, but not from me. I reached down and grabbed my RDCB and started folding away. I made it as far as... 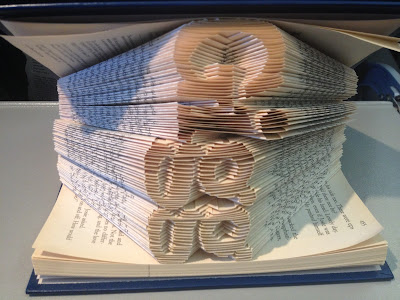 ...before the pilot came back on one last time to tell us that the ground delay had been lifted and we had been cleared for take off. By the time the flight was over, the book was finished...

just in time to give it to this lovely mom-to-be for her baby's nursery. 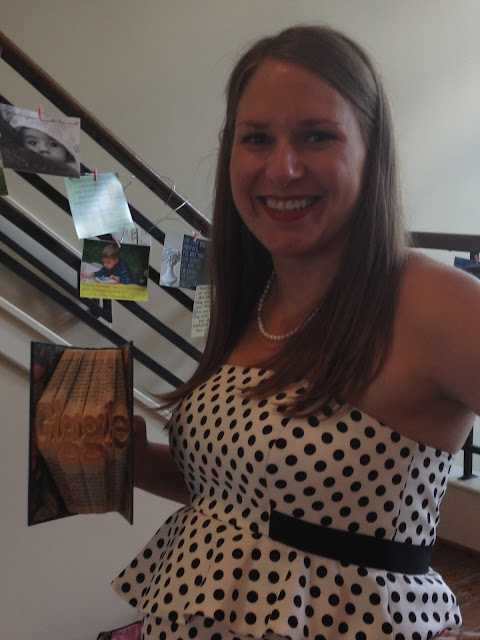 Because let's face it--whether you're sitting on a plane for a two-hour delay or sitting up at two o'clock in the morning waiting for a baby to burp, sometimes the best thing you can do is just giggle.

Posted by Stephanie Pounds at 7:17 AM