I didn't put up very many Christmas decorations this year. That doesn't mean that I had my house put back together any earlier than I normally do. 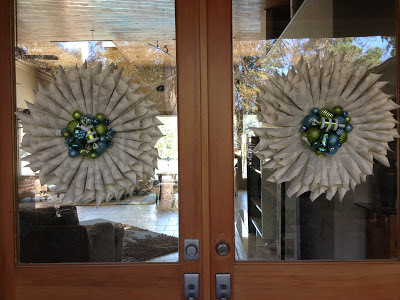 They finally came down yesterday. On the 33rd day of Christmas my true love gave to me...

One of the reasons it took me so long to take down the wreaths is this guy. Remember him? 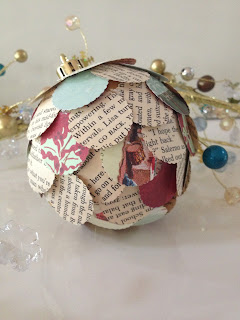 Well, he went in the attic a long time ago, but he haunts my dreams anyway. In a good way. I think.

I'm hooked on those little circles. I love the way the book circles set off the colored circles and visa versa.

So instead of putting up the rest of my Christmas decorations, I might have got a teensy bit obsessed with those circles.

Because I covered this apple. 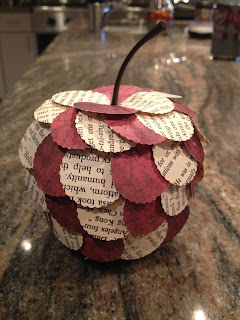 And then I made this teal flower... 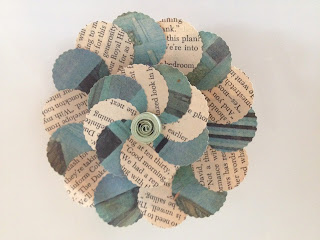 and I liked it so much, I made a brown one, too. 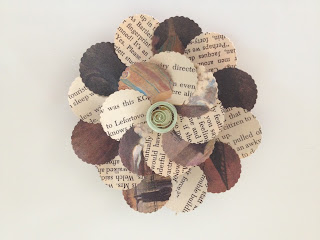 There is something calming about taking all those kitschy pictures from the RDCBs and punching them into nice pretty circles.

There's a quill for the center and then another between layers to give the flowers some dimension. 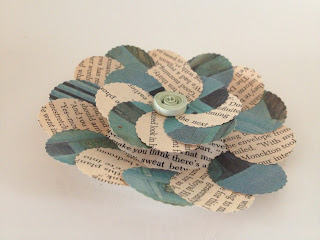 Before I knew what was happening, January was almost gone. I looked at the calendar and realized that February was less than a week away and I still had Christmas wreaths on my front door, so yesterday I finally took them down.

But I kept looking at that center. The one with all the Christmas stuff on it... 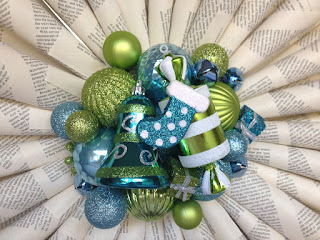 ...and I covered it with circles. 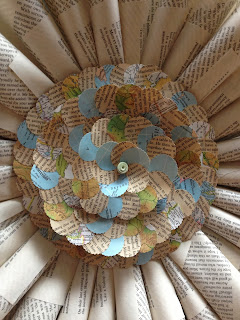 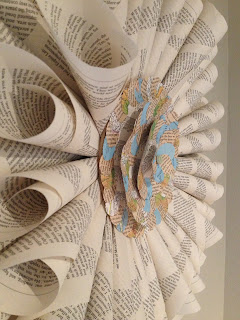 The colored ones came from a hardback atlas I bought awhile back. There is something calming about taking Venezuela, the Indian Ocean, and parts of Canada and punching them into nice pretty circles.

I hung the wreath near one of my bookshelves. 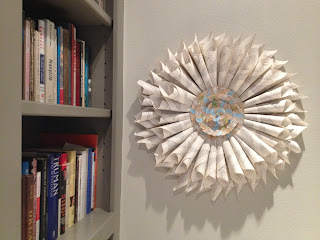 "Straighten up!" I heard one of the books whisper. "The lady is obviously crazy and you don't want to end up like that guy."
Posted by Stephanie Pounds at 8:56 PM