I've written before that back in Palm Spring in February when I discovered Lisa Occhopinti's book, The Repurposed Library, the first thing that caught my eye was that whatever-that-is hanging underneath the title. (Turns out it is a book mobile, or bookmobile if you're being cute, but that is a post for another day.)


The second thing that caught my eye was that doohickey in the top left corner. 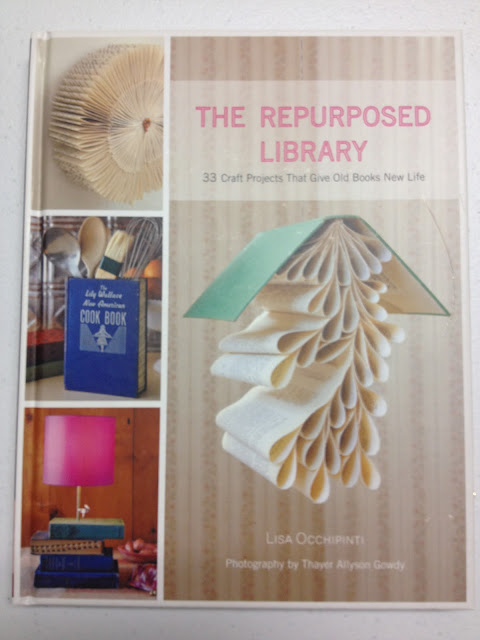 That, my friends, is a book spiral, and I discovered that I really, really like making book spirals. They are sort of addicting and mind-numbing and easy to do when one is catching up on one's shows that have been waiting on the DVR until Captain America goes on a trip.

First I made one--and decorated it with a button. 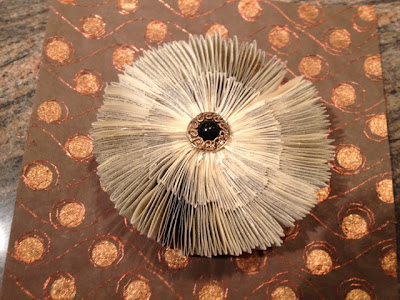 And then I sorta went on a tear and made a few more. 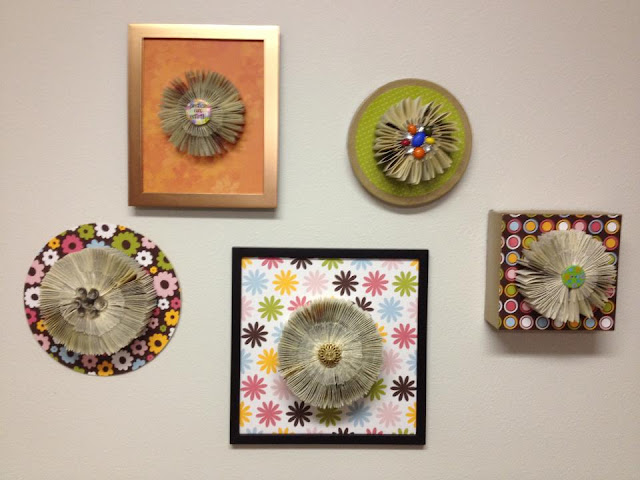 I quilled a center for one and bought buttons and bangles for the others and I was really starting to like the way these looked...and then I quit. Turns out that slicing the books so I could make the spirals became a real pain in the tookus. For the ones above I used an X-acto knife like Occhipinti had suggested, but after dulling several of those blades, I got bored and went onto other things, like flowers and words.

A few weeks ago, I decided my spider story needed some illustration and that meant I needed a few more spirals. This time I cut the book with scissors. That was not any more fun that cutting them with the knife, but it did add a little more precision and a smaller chance of slicing my fingers off.

After I posted my spider story Heather from Rhymes With Magic asked me how I was cutting my books. She's been working with sprials lately, too (seriously, click that link and go look at the cool stuff she is making!). She asked if I had tried the local office supply store. I was stumped. I had no idea what she was talking about.

So this weekend I took a few books to the store and said, "I know this sounds crazy, but..." and I explained what I was trying to do. The very, very nice man said, "Let me show you something." And so he took one of my books and here's what he showed me.


Holy schmoley!! You would not believe how excited I got. I asked if he could slice one with the covers still  on and a minute later he couldn't help laughing as he brought back three perfect slices of book.

(Now I know how this guy does his magic. Prepare to be amazed when you click that link.)

When the office supply guy and I were done I had slices of all different sizes, some covered and some not. I'm giddy. 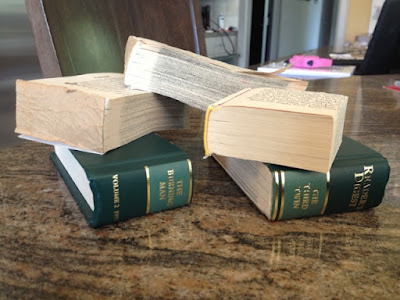 I've had some designs in my head for spirals that I've put off doing because the cutting was such a pain, but now? Now the sky's the limit. Whoo-hoo!

Posted by Stephanie Pounds at 11:01 AM