The other day I drove by a Goodwill store and so I stopped because, well, that's what I do now every time I see a Goodwill store. It is sort of like wiping down a doobknob before you touch it (which I don't do) or bumping elbows instead of shaking hands (which I don't do but think would be a little fun) or kissing the clasp on my necklace and making a wish every time it makes it way to the front of my neck and touches the charm (don't judge me).

But Goodwill stores sell used books for a very reasonable price, so I like to check out the inventory whenever I see one, and by whenever I see one I mean about once a week.. Anyway--this particular Goodwill store has the smallest book rack of all the Goodwill stores I frequent, so it usually takes me only a couple of minutes to see if there is anything I like. I've learned, however, that it's best to walk around a rack at least a couple of times because each time I seem to find a book I didn't notice before.

On the second time around I found this really great Harvard classic, Two Years Before the Mast. 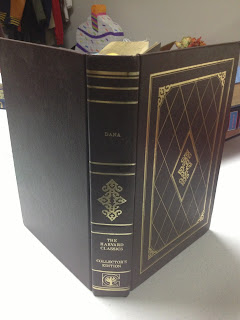 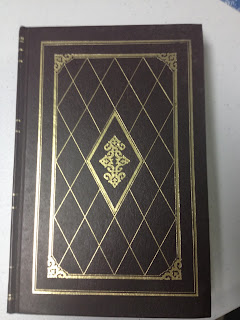 It's got this really pretty gold-embossed cover... 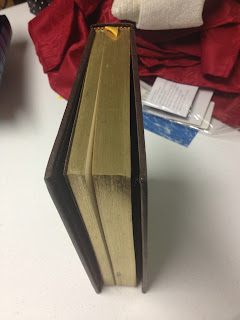 and gilded edges on all three sides of the pages.


That's going to make something very special one day.

I was just getting ready to head to the front to pay when I saw a skinny volume with the word CROSBY embossed in gold. Normally I'm looking for big, fat books, so this one had escaped my eye the first three times I had made my way around the rack. But it was so glittery that I had to pull and it out and I found this. 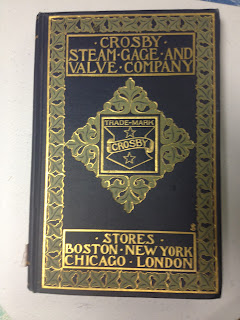 Just the prettiest cover ever, all navy and green and gold. I turned it over and the back was just as glittery even though that was a picture of what? A hot water heater or something?

I mean look at this dazzling cover. 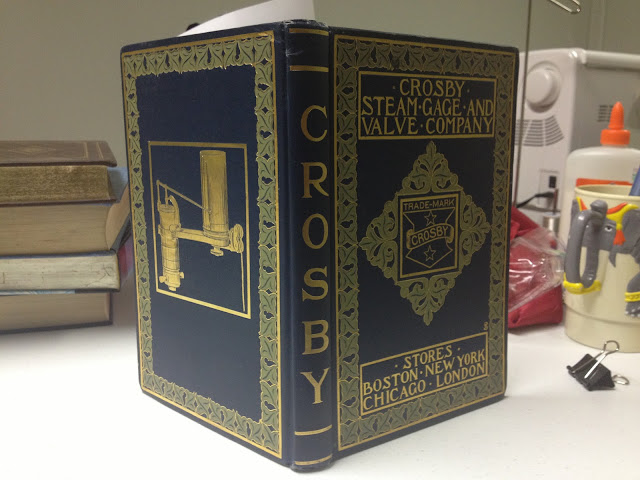 My first thought was WOW that will make something super-spectacularly beautiful!

Then I opened it up. Believe it or not, this was actually a catalog for the Crosby Gage and Valve Company. It starts with pictures of all their factories and then continues with pictures and specs of all the products they made for steam-powered contraptions.

Then  I noticed that it was printed in 1904. That's 14 years before my 94-year-old grandmother was born!
According to accounts I've been able to find on the Internet, Crosby was started in Massachusetts in the 1870s. By 1904 they had offices in Boston, New York, Chicago, and London as it proudly boasts on the cover. Some accounts say there were also offices in Hamburg. By the 1950s they were bought up by another big company. (Been there, done that, Crosby.)

Anyway Goodwill was asking their standard $1.99 for a hardback book, so I snatched it up. 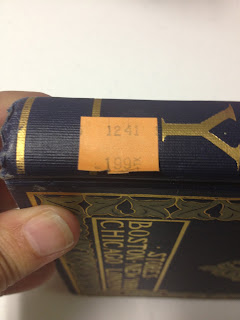 When I got home I checked eBay to see if anyone had ever sold a book like this. And SCORE! There have been two that have been sold in the last year or so for about $85. Heck yeah! I guess kissing the clasp does work. (I told you not to judge!)
Posted by Stephanie Pounds at 6:16 AM