The first thing I told Captain America the night he proposed was that as soon as we got married, I was going back to school.

It was the summer after I graduated from the University of Oklahoma, and my plan had been to return there in the fall to start my masters,..and then well, you know what that they about a man in a uniform. Suffice it say that plans changed. At least for the year it was going to take him to finish pilot training. 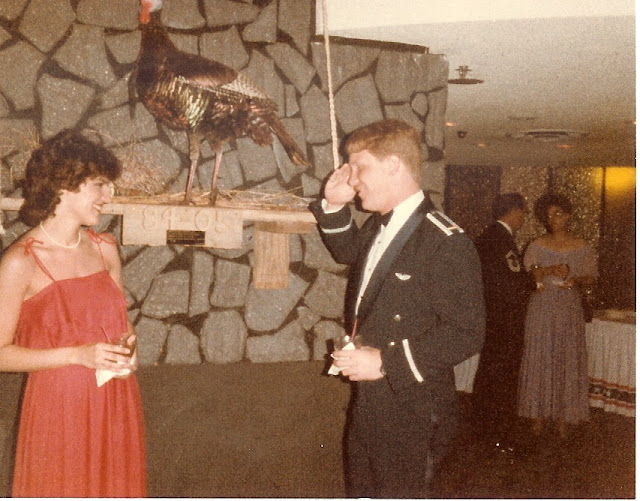 As soon as the Air Force sent us to Tacoma, Washington, for Captain America's first assignment, though, I enrolled at the University of Washington. I was halfway through my master's degree when baby #1 arrived. So I put my plans on hold again...and then the Air Force moved us back to Oklahoma.

So I thought about getting my master's from Oklahoma State, which was the closest university, but it was going to be so hard for this Sooner to put that on my resume, that I decided to get my teaching certificate from them instead. Then baby #2 came. And then we moved to Houston.

Finally 16 years after I became Mrs Captain America, I picked up my master's degree from Texas A&M. I decided to become an Aggie, because I knew we weren't ever going back to Oklahoma. Plus, A&M was close to home. And most of all Sooners and Aggies have the same general opinion of Longhorns! 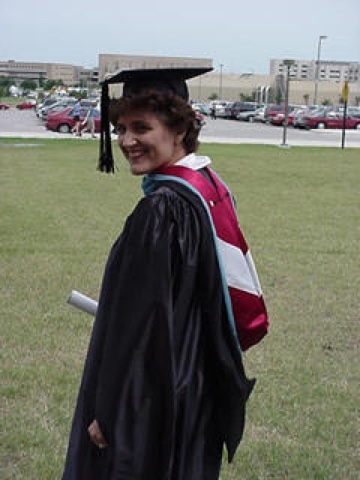 One of the things that I like about the folks from A&M is they know how to take a joke. And trust me, there are plenty of Aggie jokes. And a lot them are probably true. I know from personal experience.

I mean, I'm still a Sooner through and through and all, but occasionally my inner Aggie shows up. For instance, that diploma I'm handling in the picture above? I have no idea where it is. I lost it. Every time we move--and we've been in 3 houses and a trailer since then--I think it'll show up, but it never does.

Another thing I like about Aggies is that they are good customers. I've sold more books that say "Gig 'em" than any other pattern.

So...the other day I made another "Gig 'em" for my Etsy shop. When I was done, I decided I needed to take a new picture of it, so I set up my whole photography stage, perched my camera on top of my tripod, and took my first picture. 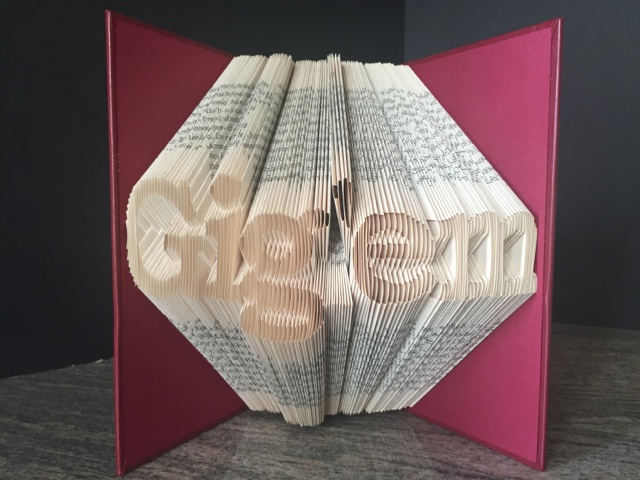 Then I turned the book around to take a picture of the back... 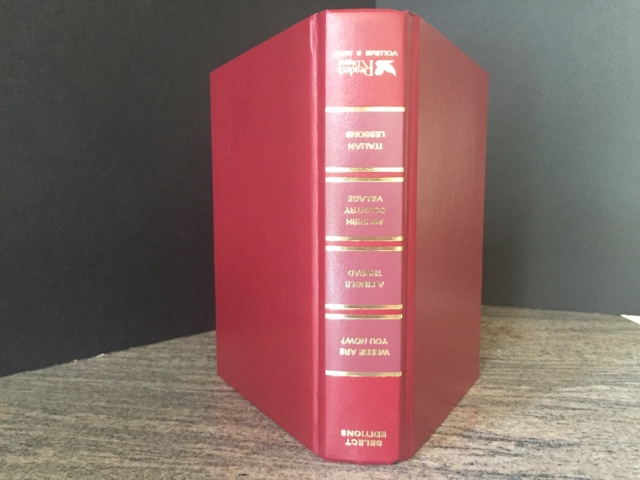 Yep. I folded the book upside down.

Mind you, I touched 288 pages during the creation of that book without even noticing! Who needs a lost diploma with Aggie credentials like that?!?

But now that it's done, I kinda think it's great. I mean, c'mon, isn't it the best Aggie joke in folded book form ever?

So if you're looking for the perfect something for that new Aggie grad, purchase it on my Etsy shop, and I'll send it your way. First come, first served.

And if Aggies aren't your thing, order something for your favorite school. I promise to make it right-side up.

Hey, I'm starting a Reading With Scissors newsletter. It's gonna be full of fun stuff. More stories about Captain America and me. Pictures of things I've been making, Recommendations on good books and other stuff. All around goodness. See that sign-up form over there? Well, sign up already.

~~~~~~~~
UPDATE: The first to come was served. The upside-down book is sold. Whoo-hoo! Right-side ups are still looking for a good home. Apply here.
Posted by Stephanie Pounds at 8:52 PM