Book Review: The Court-Martial of Paul Revere: A Son of Liberty and America's Forgotten Military Disaster 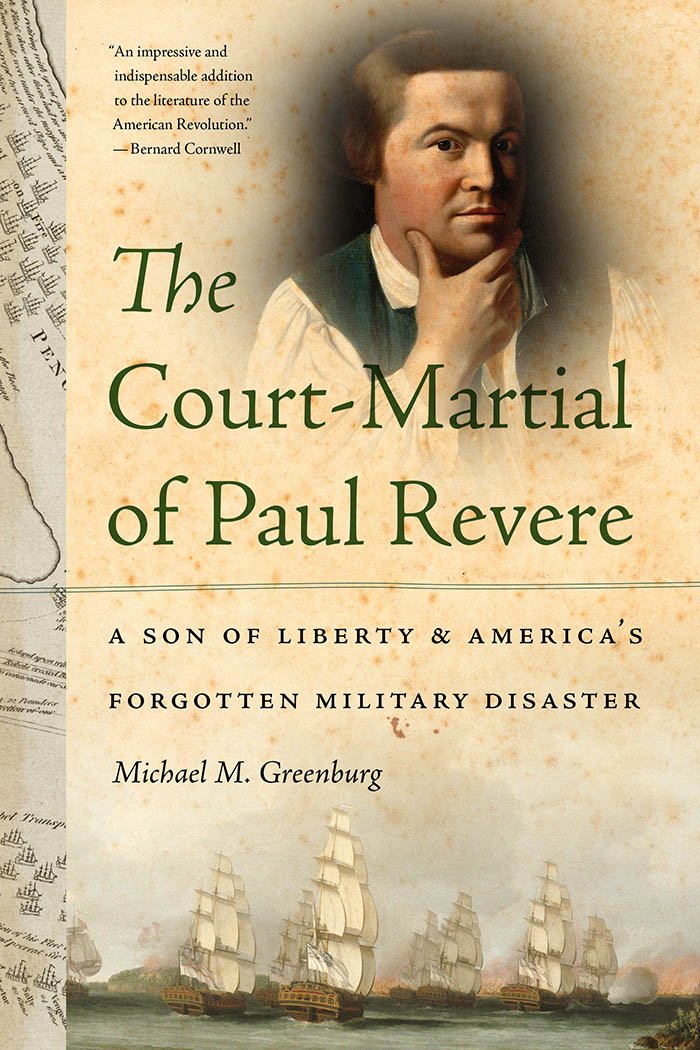 I guess if you grew up taking Massachusetts or Maine History classes in high school, you might have heard of the Penobscot Expedition, but otherwise, it’s probably nothing that hit your radar. In short, it was a disastrous foray of Americans from Massachusetts into the Penobscot Bay in Maine, the purpose of which was to forcibly remove a British garrison that had established itself on the Majabigwaduce peninsula and had begun building a fort.

The Massachusetts men comprised both an army and a navy and the officer in charge of the artillery was none other than American hero and Son of Liberty, Paul Revere. Despite outnumbering the Redcoats, the Expedition ended in an all-out rout of the Americans and the destruction of the entire Expeditionary Fleet. After the troops’ ignominious return to Boston, the blame game began and many fingers were pointing at Paul Revere, accusing him of disobeying orders, being generally lazy, and being a coward.

Author Michael M. Greenburg has created an altogether readable book on the entire affair beginning with Revere’s famous ride, its aftermath, his part in the Penobscot Expedition, and the court-martial that followed. The book is obviously well-researched but it doesn’t end up reading like a textbook. Instead, it is a gripping account of the doomed siege and its players and paints Revere in a different light than what you might have been brought up to believe.

I enjoyed Revere's story, but I also liked this book because it’s been a long time since I’ve read any history on the Revolutionary War. Greenburg does a really fine job in describing the general events that led to war and then placing the particulars of the Penobscot Expedition in context.

If I could change one thing about this book, I wish there was a good map of the area around Majabigwaduce. Greenburg includes some hand-drawn maps contemporary with the Expedition, but a larger, more readable map would have helped me better place the action he describes.

A well-done history book! Highly recommended!
Posted by Stephanie Pounds at 8:22 AM