Flying With Scissors--Wait...Is That Allowed?

It's been over a month since my last post. I have no excuse except Christmas and New Years and MLK Day...and vacation! Yes, I spent last week in paradise, which is otherwise known as the Hapuna Beach Prince Hotel on the Big Island of Hawaii. You need to go there. And if you can arrange it, find a way to stay. It is gorgeous in every way.

See those big waves out there? 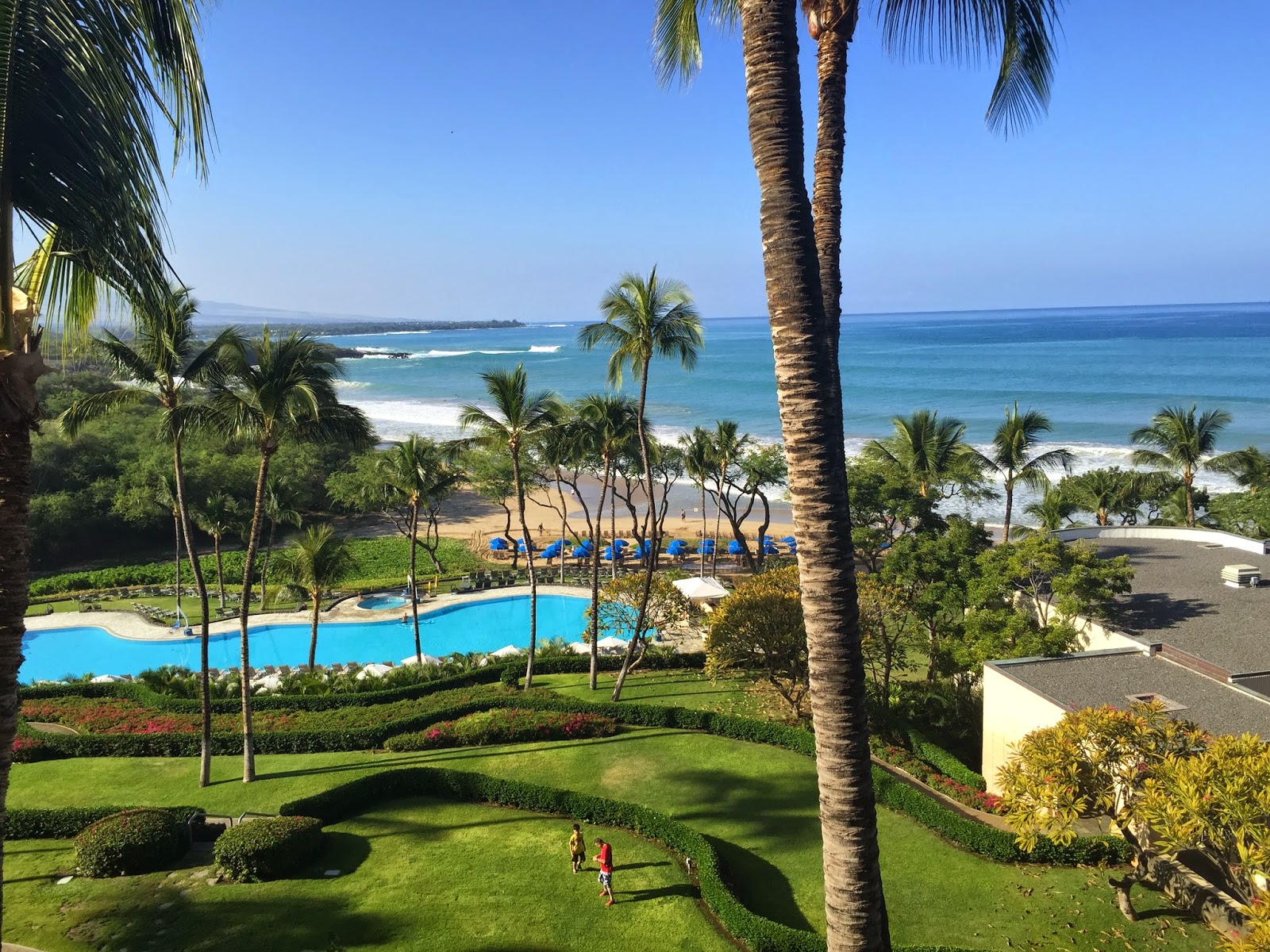 Most of the public spaces at the Hapuna Beach are open air, so you get to listen to crashing surf at all times. Morning and... 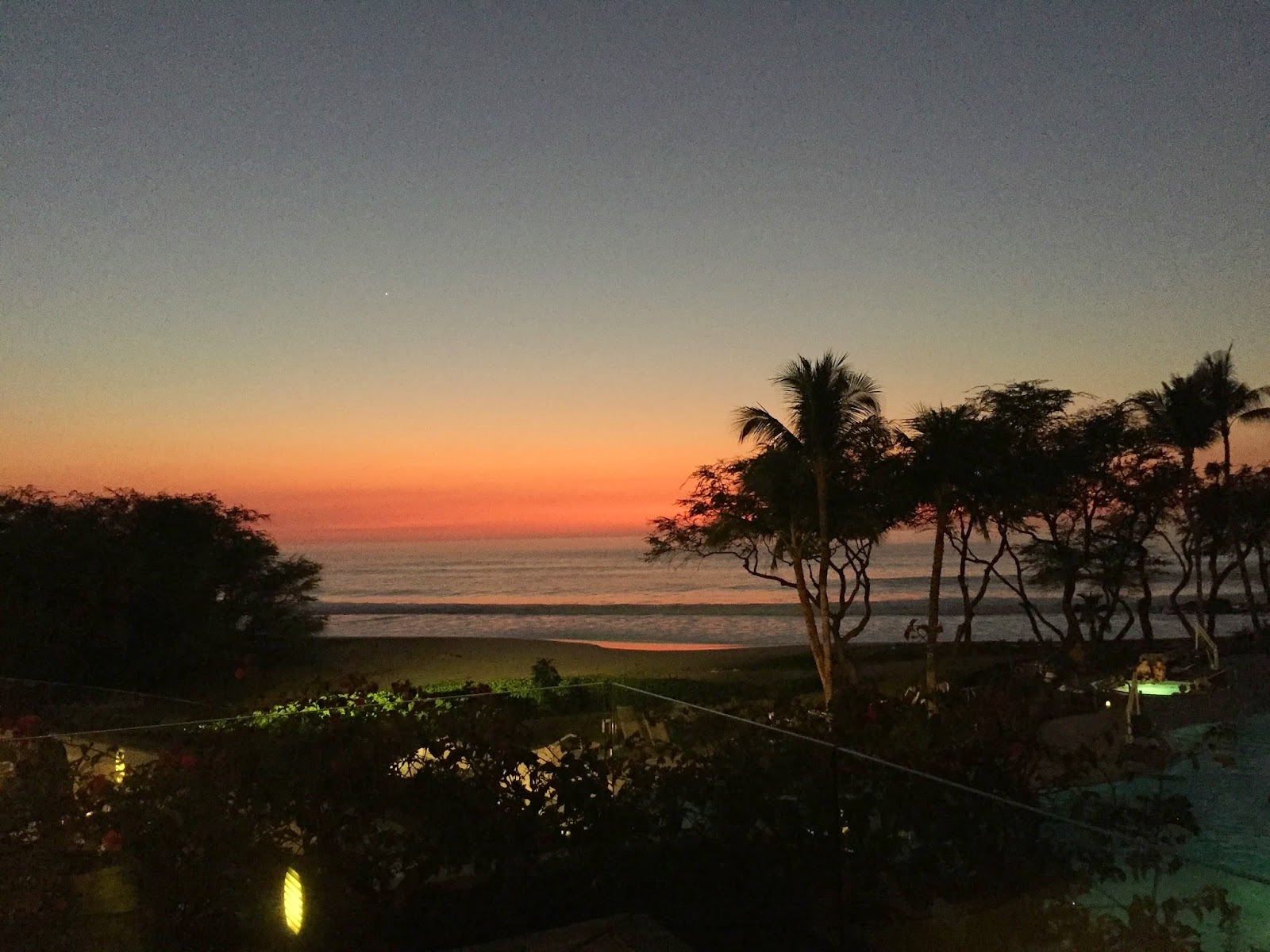 
But fear not! Even though I was away from home hypnotized by beauty and beach, doesn't mean I was away from paper. For instance, there was plenty of paper decorating my drinks! 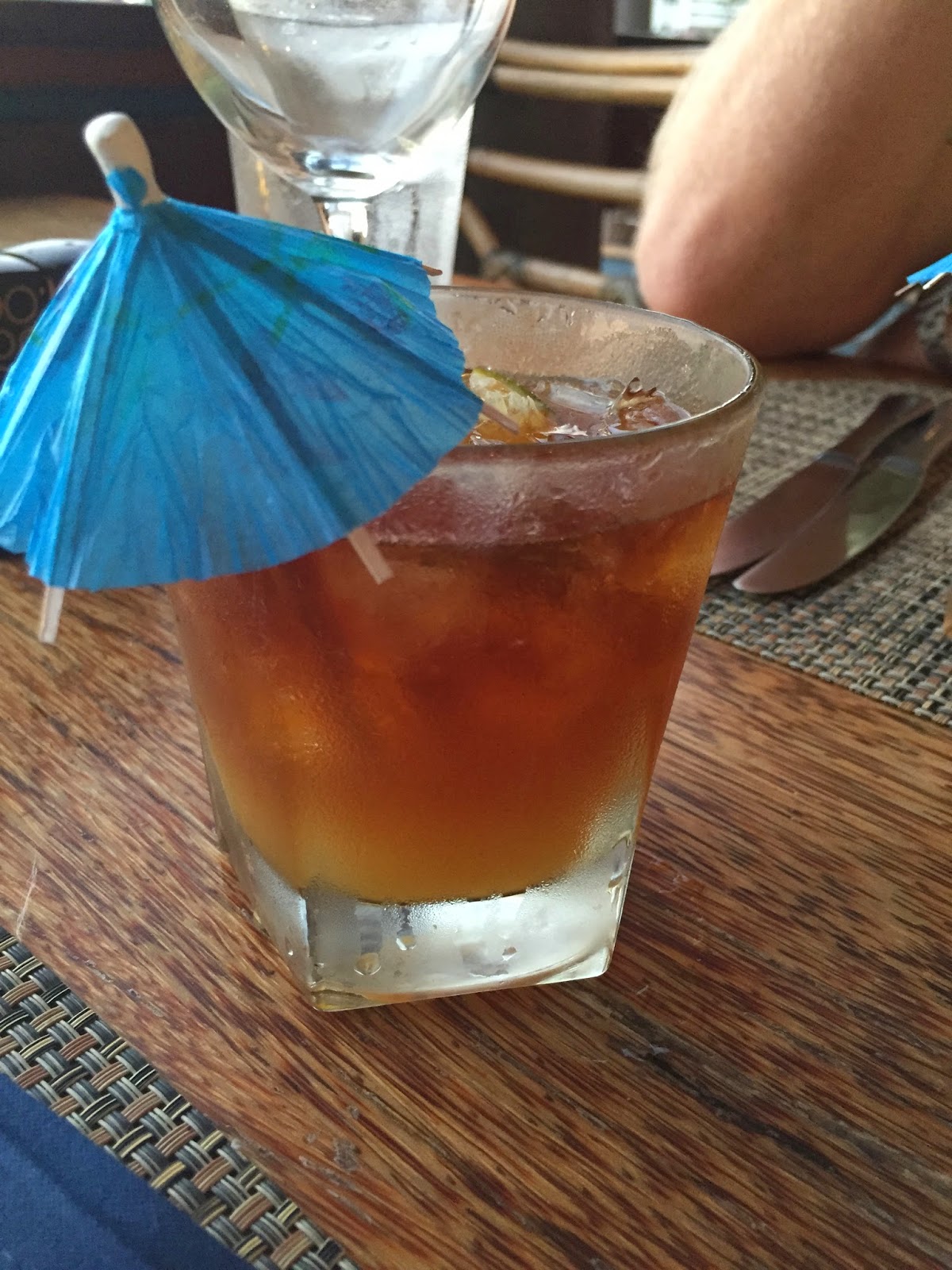 And do you know how much folding you can get done on an eight-hour airplane ride?? At least this much. 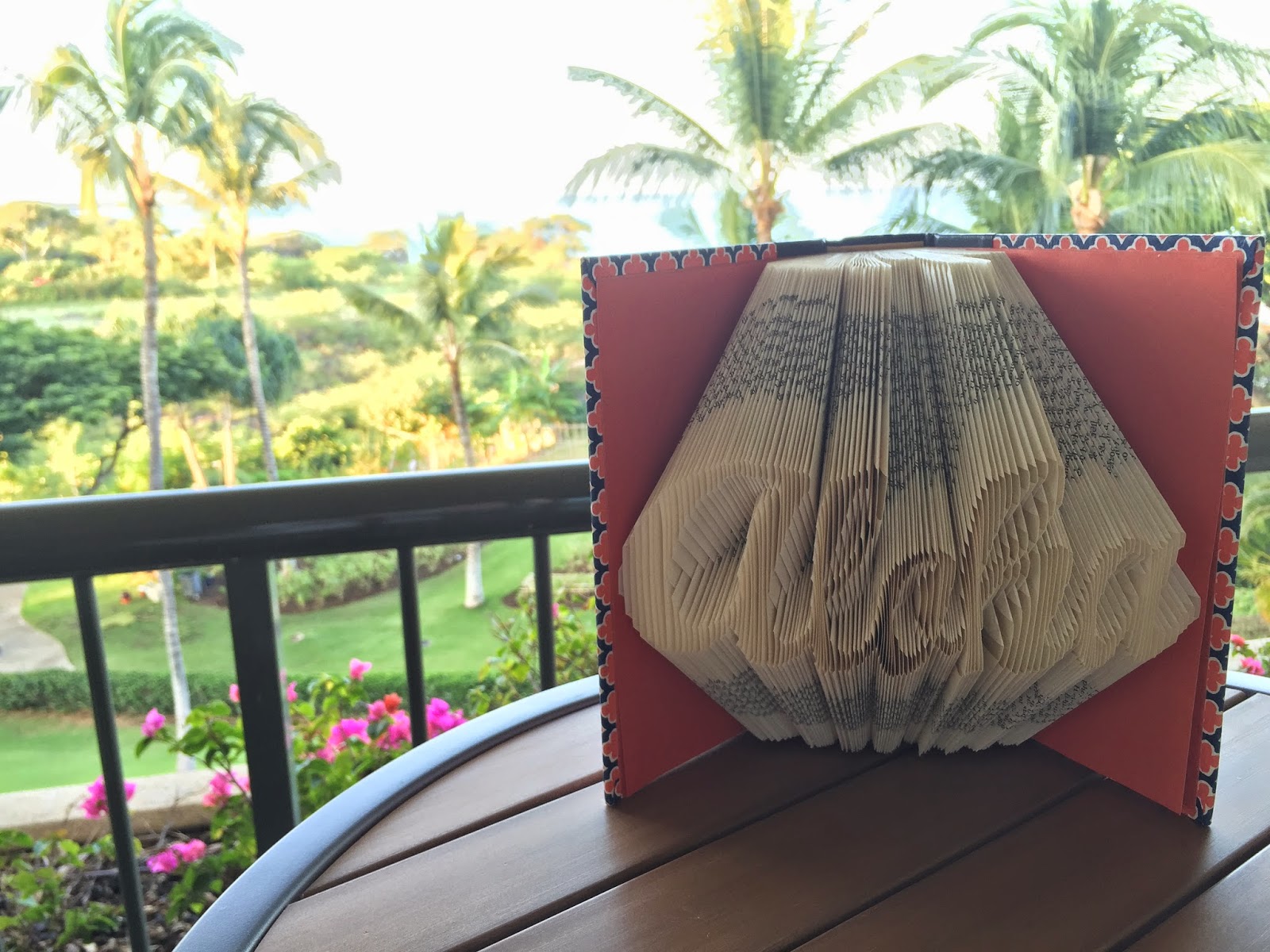 And I'll have to show you all the book page drawings I did in another post.

But here was some of my favorite paper. A necklace I found made of paper beads. 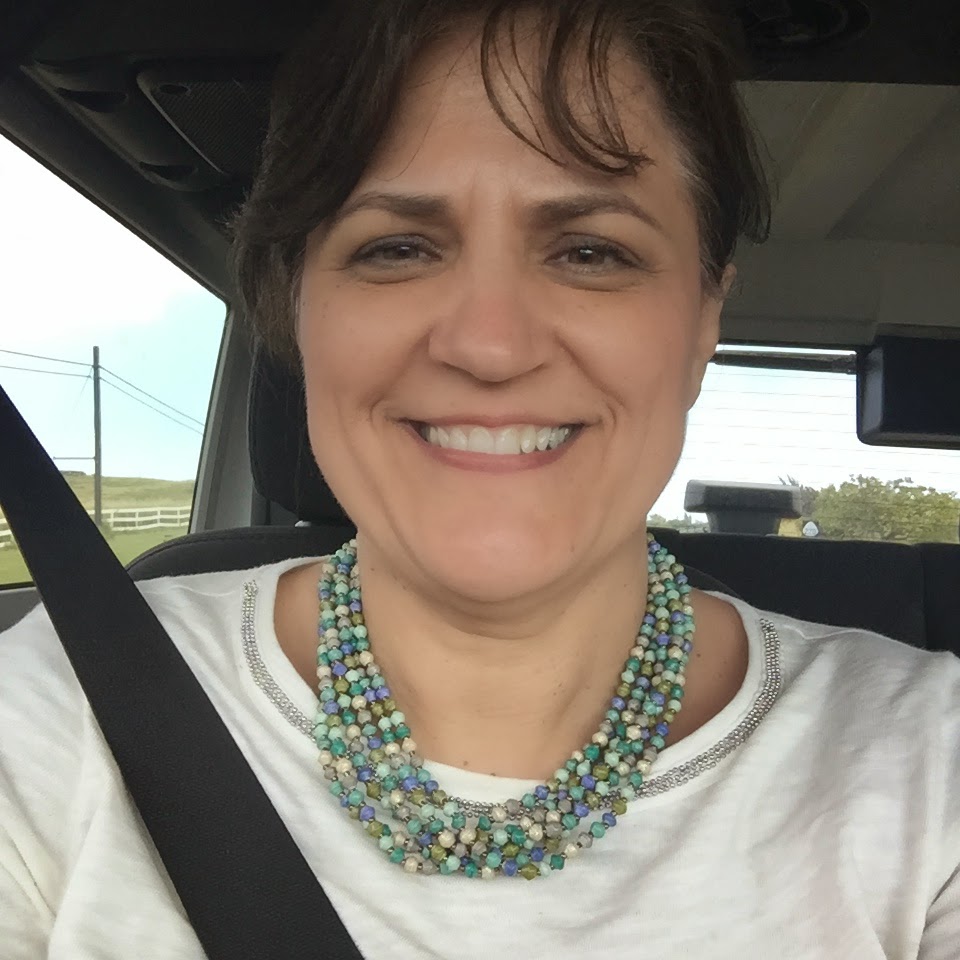 (Do you think I look like Jay Leno? People sometimes say I do. I think this picture might prove their point. We of the vast chins.)
Anyway, back to the beads. I've seen paper beads before, but these are so small! And just exquisite. Plus some of them are covered in GLITTER!﻿ 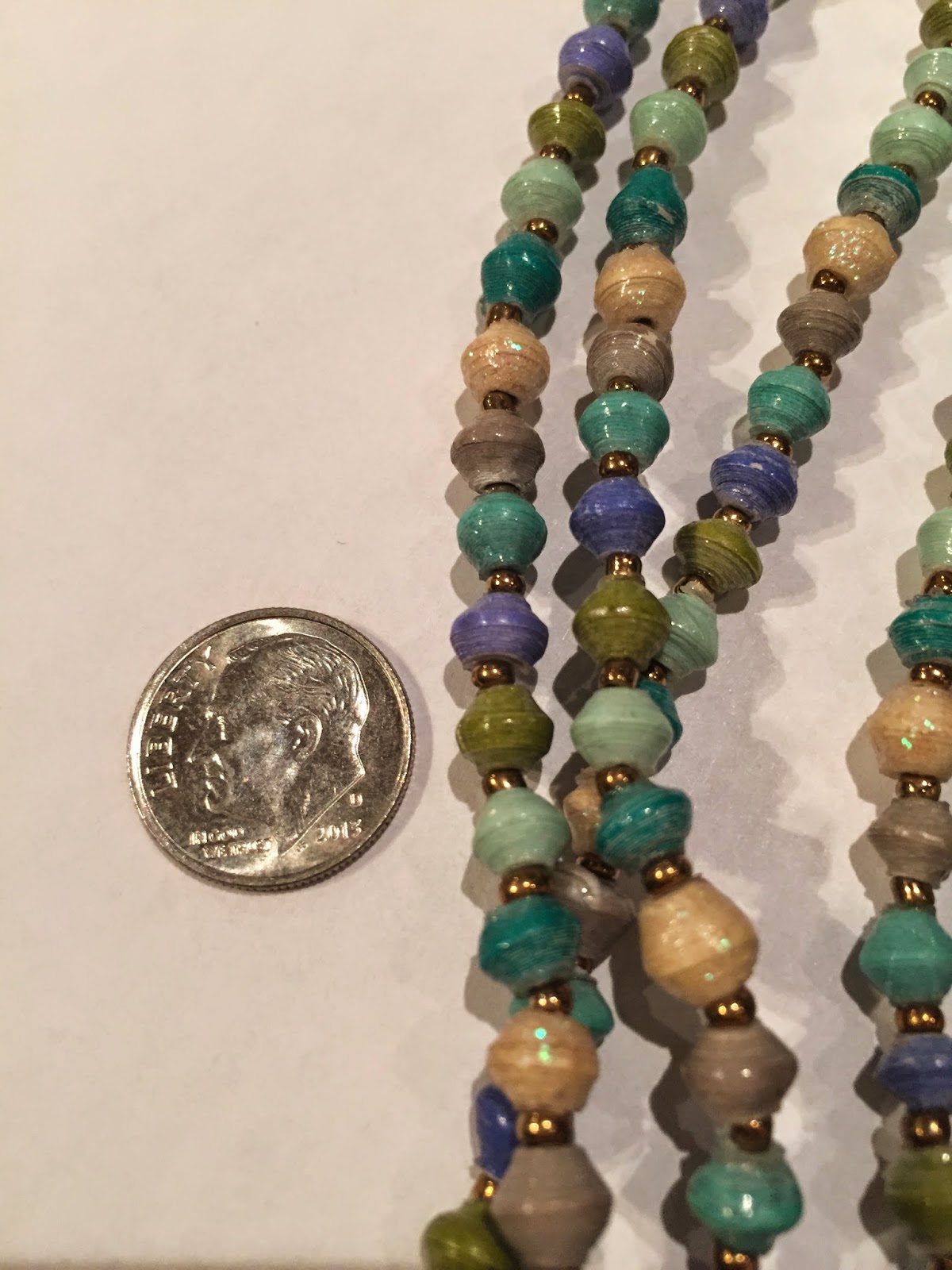 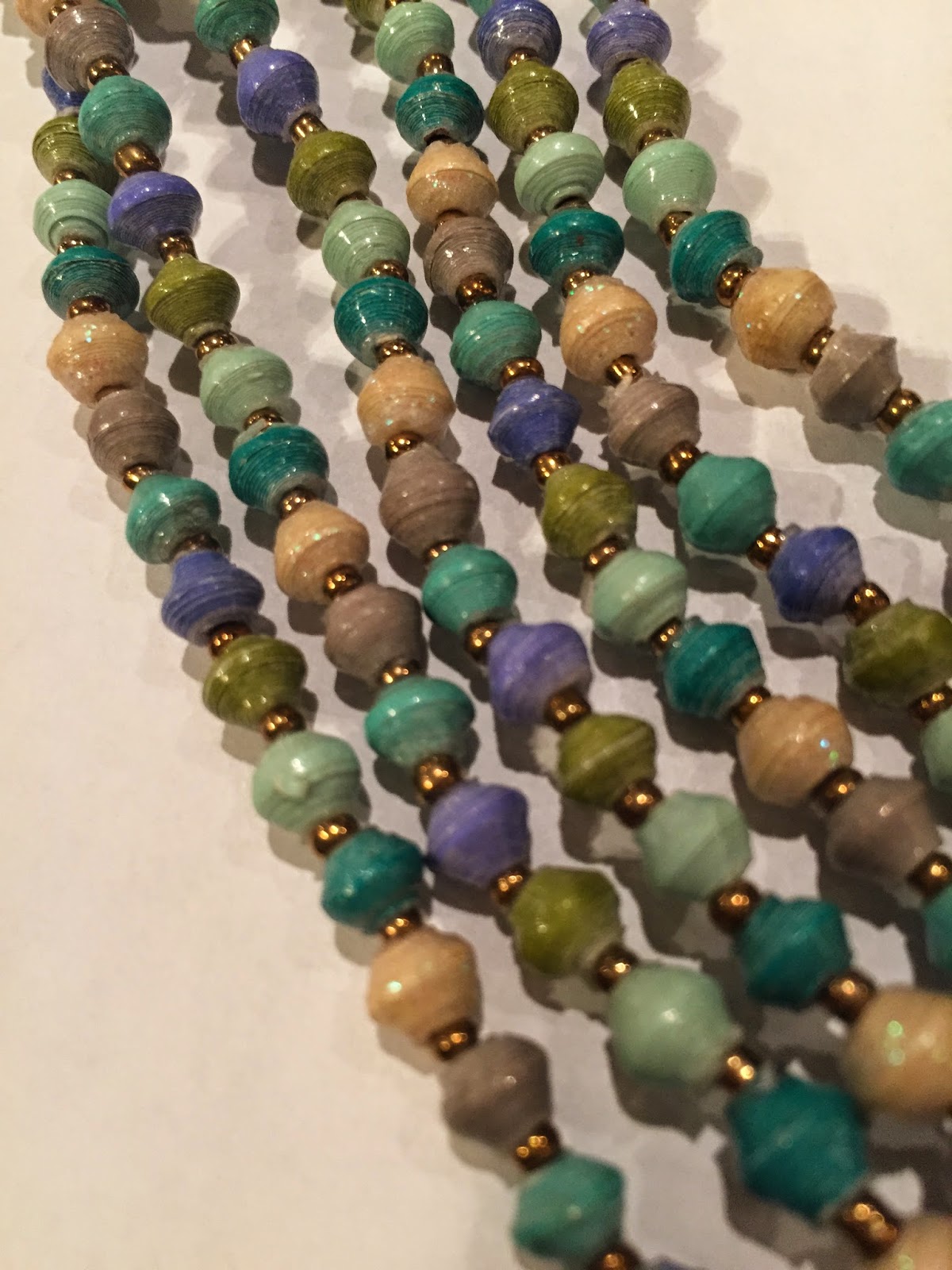 The jewelry comes from 31 Bits and is made by women in Uganda who are working their way out of poverty. It's quite a story, but now wearing the beads makes me feel good inside and out. Kind of like vacation does.

I'll plan to post some more of my own creations soon, but in the meantime, lots of people want Reading With Scissors to fold them a book, and I need to catch up on Downton Abbey, so off to work I go. More later.
Posted by Stephanie Pounds at 7:45 PM