I Can't Do Math - The Christmas Edition

I am reading this book right now about this plane that went down in the Dutch New Guinea jungle toward the end of World War II. The survivors of the crash met up with island natives who had had no contact with the rest of the world--ever.

In today's passage the author is describing the natives and reported that they could only count to three and after that everything was "many."

At least you would have believed it if you had been at my house this week when I was baking for the annual cookie exchange. Remember last year's exchange? Well, this year was tons better because now I have DIL#1, my daughter-in-law, to help me bake. 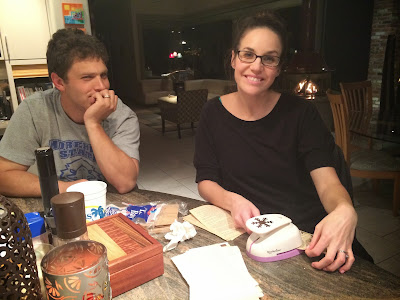 Our recipe this year was Caramel Apple Cider Cookies that we stole borrowed from our soon-to-be cousin over at A Little Alana. Kudos to cousin Paul for snagging someone with such mad baking skills. We will be stealing stuff from Alana for the foreseeable future.

The recipe starts with caramel, and frankly we could have just stopped right there and had a winner in my book. The hardest part of the whole baking process was making sure we had enough caramels to fill 7 dozen cookies. 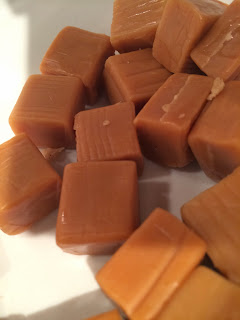 But that's where the problems started. I was never great at my 7 times table and a total loser at my 12s. As the good people in New Guinea would have said, "We just need many."

Thank goodness DIL#1 was there to guide me through. "We need 84," she said. And good thing she mentioned it because at that point we had already used up all our dough and were only at about 70. So we pinched and rerolled and soon we had many. They looked so good coming out of the oven... 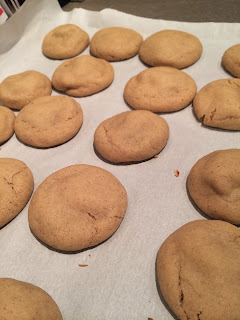 ...but the hardest part was flipping them upside down to cool to keep the caramel from sticking to the rack. 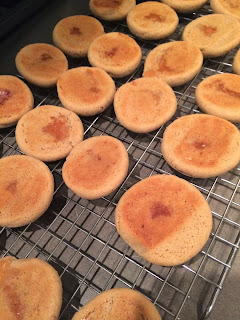 I take that back. The hardest part was not popping every one of those gooey bites of deliciousness in our mouths before we got them wrapped up. 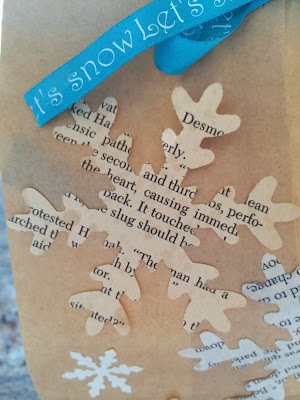 The plan was to punch two small flakes from yellowed paper and one large flake from whiter paper. Earlier in the week I had gone to Michael's to get the large and small punch. When I got home I realized that I already had a large snowflake punch, so I took it back.

On baking night DIL#1 punched away until we 12 white and 24 yellow snowflakes. Then she had to go away to work. :(

I took the snowflakes to my craft room to glue them on the bags. I laid out the 12 large white and the 24 large yellow. Wait. There were supposed to be 24 small yellow.

So yep you got that right--I bought three snowflake punches and all three were 3" punches. Even my New Guinea friends could have counted that!

I combed through my boxes of punches and came up with another even smaller snowflakey looking thing like this: 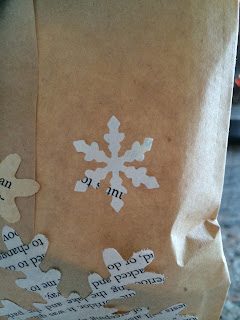 It would have to do. Next, I ran to the store to get ribbon to tie the bags shut like this. 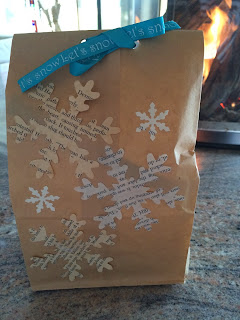 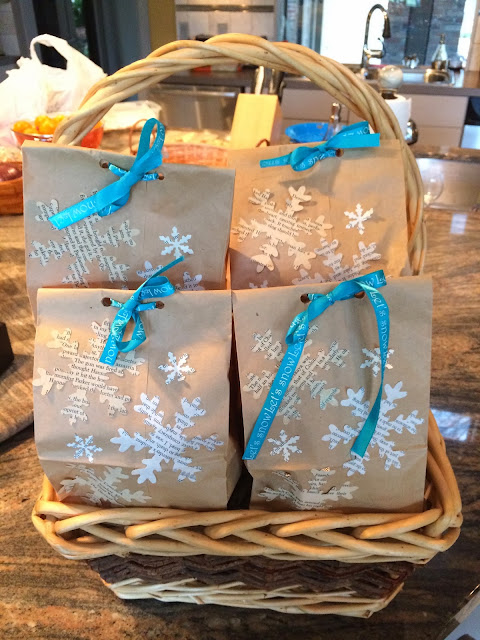 The ribbons are not the same size because I also cannot measure. They say... 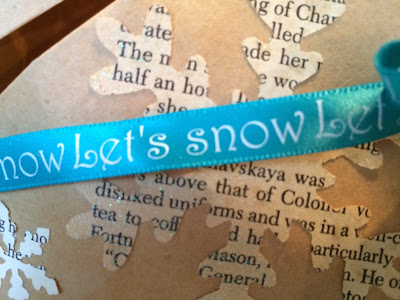 "Let's snow?" Really? I've never snowed before. So I maybe I can't do math, but I can do English.

Captain America even got in on the act and help me fill the bags with cookies. He was not a fan of Caramel Apple Cider cookies ("Why can't you just make chocolate chip??"), and threatened to add Cheetos to each bag so recipients would have options.

He needn't have worried. After an hour of everyone tasting delicious cookies of all kinds at the cookie exchange, the Caramel Apple Cider cookies all found good homes. 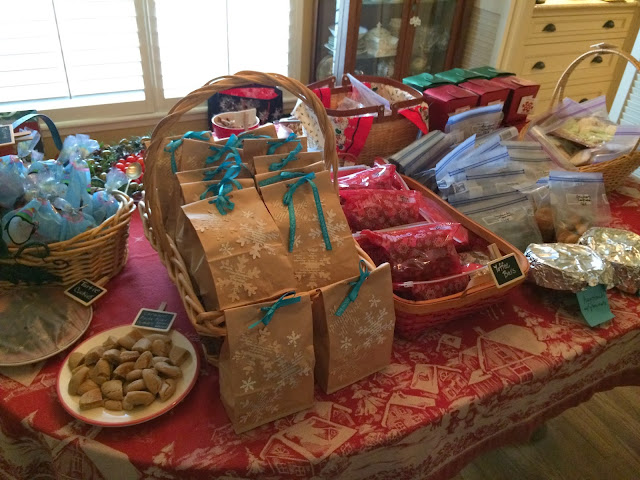 And the fun part was I came home with 12 new kinds of cookies for to share with DIL#1 and munch on this holiday season--AND a new cookbook full of cookie recipes. 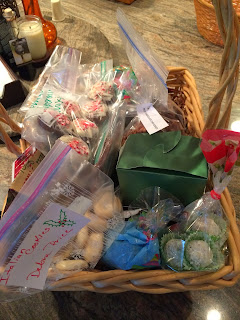 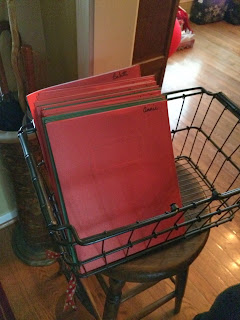 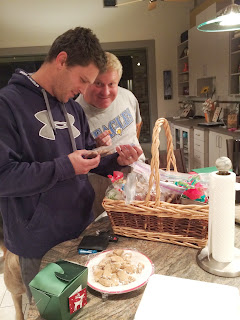