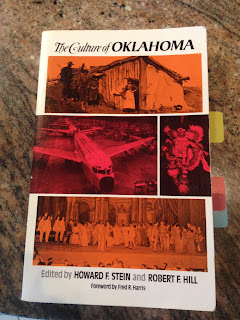 This is one of my favorite books.

(And for those of you who just said, "Oklahoma has culture? Who knew?", I smite thee.) 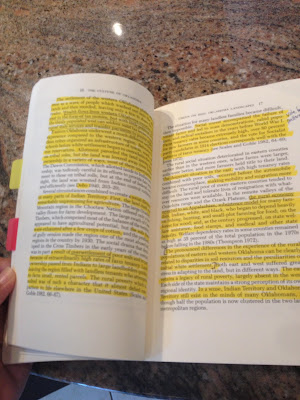 I like this book so much that I have colored many of its pages with a highlighter. 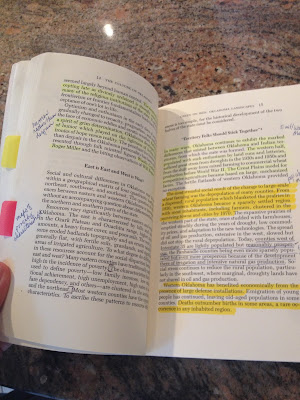 I like it so much that I have used several highlighters and a pen to mark up some pages.

I like it because when I found it at age 29, this book explained why I was as I was with pithy bits like this:

Oil came closer to being a miracle cure for impecuniousness than did agriculture. It set the equation land equals wealth ever more firmly in the Oklahoma mind.

From these peculiar circumstances--a frenzied claiming of land, the failure of much farmland to sustain sustenance, and the spread of oil and gas production--comes a basic Oklahoma attitude, a strong faith that land provides for those who are fortunate enough to have drawn a favorable lot...This fatalistic view, drawn from experience, emphasizes winning or losing, the luck of the draw. It is deeply embedded in the Oklahoma psyche.

Whoa! This guy just described me, my family, and everyone else I grew up with, too. That's why this is one of my favorite books. Because I thought someone might have been hiding in my head when he wrote it.

My family's luck has always been sort of middle of the road. Our farms were good enough to sustain sustenance but we hadn't drawn that really favorable lot, the one with lots of oil gurgling up from the ground... 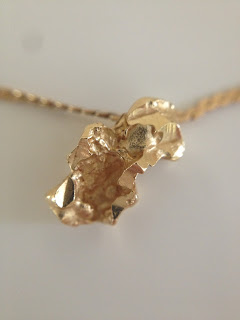 ...until the end of my senior year of college. Finally, it looked like our luck was about to change. They were drilling on our land.

My parents bought me this gold nugget to celebrate.


That was the summer--the one right after graduation--that I met Captain America. And let me tell you about the power of oil. 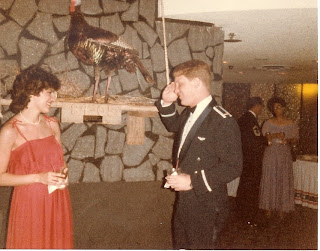 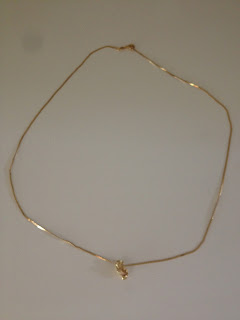 In our early courtship Captain America--well, he was Lieutenant America then--tried to impress me by buying me a gold chain for my nugget. It worked. The guy I was dating right before him made me pay for everything so jewelry was definitely a step in the right direction.

About a week after that last announcement I got another piece of jewelry from Captain America--a fancy-dancy diamond ring with a big proposal attached.

That's the power of oil, my friends. The land provides!

And then about a month after that we got the news that the well had collapsed and we would be lucky to get $3,000 ever.

And the land taketh away. Welcome to the luck of the draw, Captain America. You are officially an Oklahoman! :) 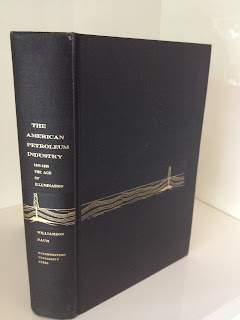 This is a long and windy post all to get to this punchline. Awhile back I found this history of the oil industry volume with a fabulous front cover decorated in gold. Now it says: 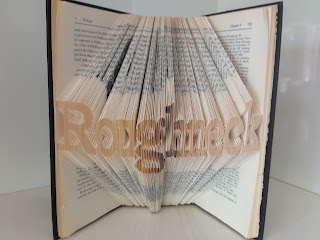 Oil could still be the cure for my impecuniousness. Somebody needs to buy this book.

Posted by Stephanie Pounds at 9:02 PM