One of the best parts about having a business based on old books is that I have an excellent excuse to visit estate sales on the weekends. When Captain America raises his eyebrows, I just say, “Hey, it’s for Reading with Scissors. I have to, because you know, I’m making you rich one art project at a time.” Sometimes that even works!

So it was the other day when I found myself way out in the country in someone’s house searching for books. I always hope to find sales that have big walls of books, but this one wasn’t like that. The owners had books scattered throughout the house--a shelf of books here and another shelf of books there. However, when I got to the living room I finally saw a big shelf of books…with an even bigger man standing in front of it. I stood over his shoulder for a bit, watching him carefully open each book, thumb through all the pages, close it up, put it back, take the next book off the shelf. It was obviously going to be a while.

That’s when I turned around and saw another small shelf near the door I came in. Many of the books on this shelf were decidedly older than anything I would cut up. First I grabbed this 1935 jewel about fellow Oklahoman, Will Rogers. 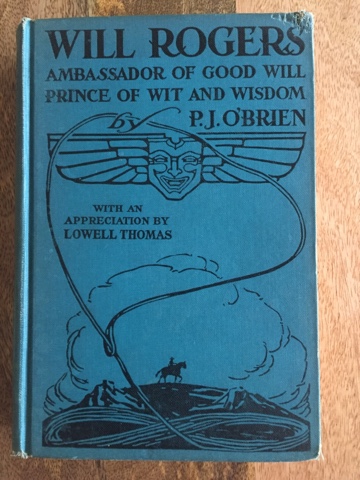 And then I found this one, The Spirit of the Border, by Zane Grey, published in 1906. Is that an awesome cover or what? 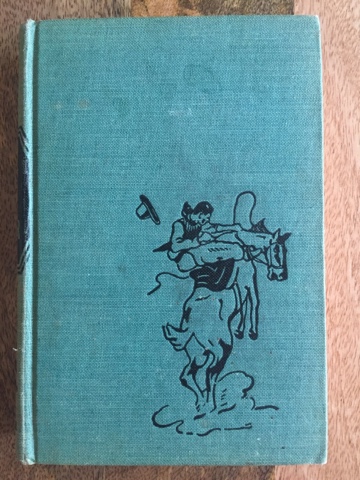 But then I saw this one, and I had to have it. 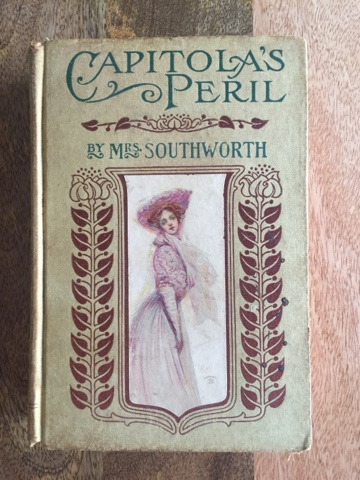 I mean, c’mon, isn’t that a great title? Capitola’s Peril! And if that’s her on the front cover, I figured the peril had to be from that big ole scarf around her neck that was causing her to walk around with an s-shaped spine! She’s so bent over, her bosom is even with her elbow. Girlfriend, I can relate! 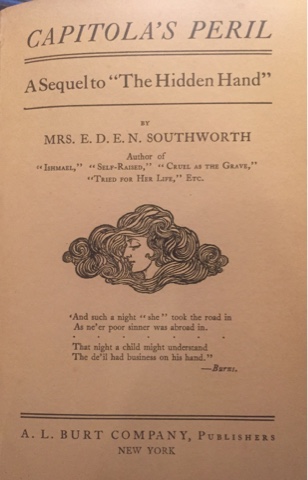 First, this isn’t the first the world had heard of Capitola. It’s a sequel!

Second, E.D.E.N. Southworth – What kind of initials are those?

I had to go check it out. A Wikipedia search later and I had my answer. The author’s full name is Emma Dorothy Eliza Nevitte Southworth, and according to the article, she was the most popular American novelist of her day. And her day included Hawthorne, Melville, Alcott, Twain, and James. So there.

Why hadn’t I ever heard of her before? And what made her so popular?

That’s when I got the idea that I should actually read Capitola’s Peril. The problem was the pages in the book, while in fairly good shape, are still pretty brittle. I was afraid that they could end up disintegrating in my hand.

Kindle to the rescue! Capitola’s Peril is available on Amazon—for free!

So wanna read along? Download it on your gadget and join the first selection of the Reading With Scissors Rare Reads Book Club. And sign up for my newsletter so you can keep up with all the fun. 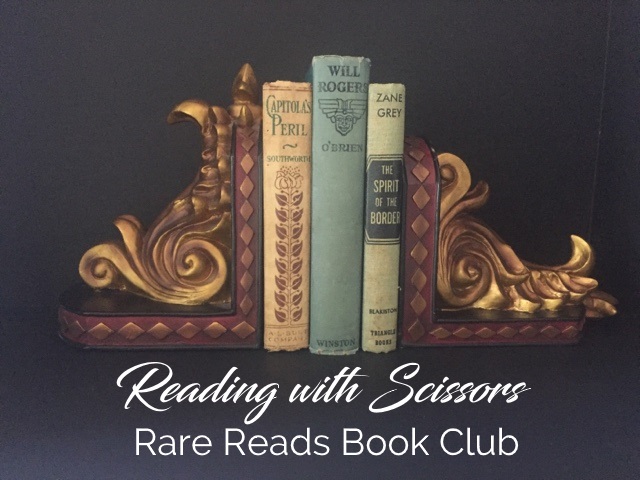 Here's some chocolate and some wine to set the mood. Now get going! 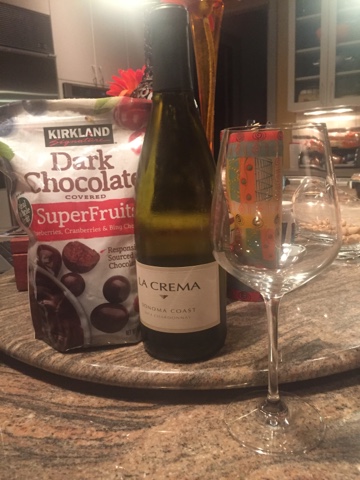 Posted by Stephanie Pounds at 8:03 AM