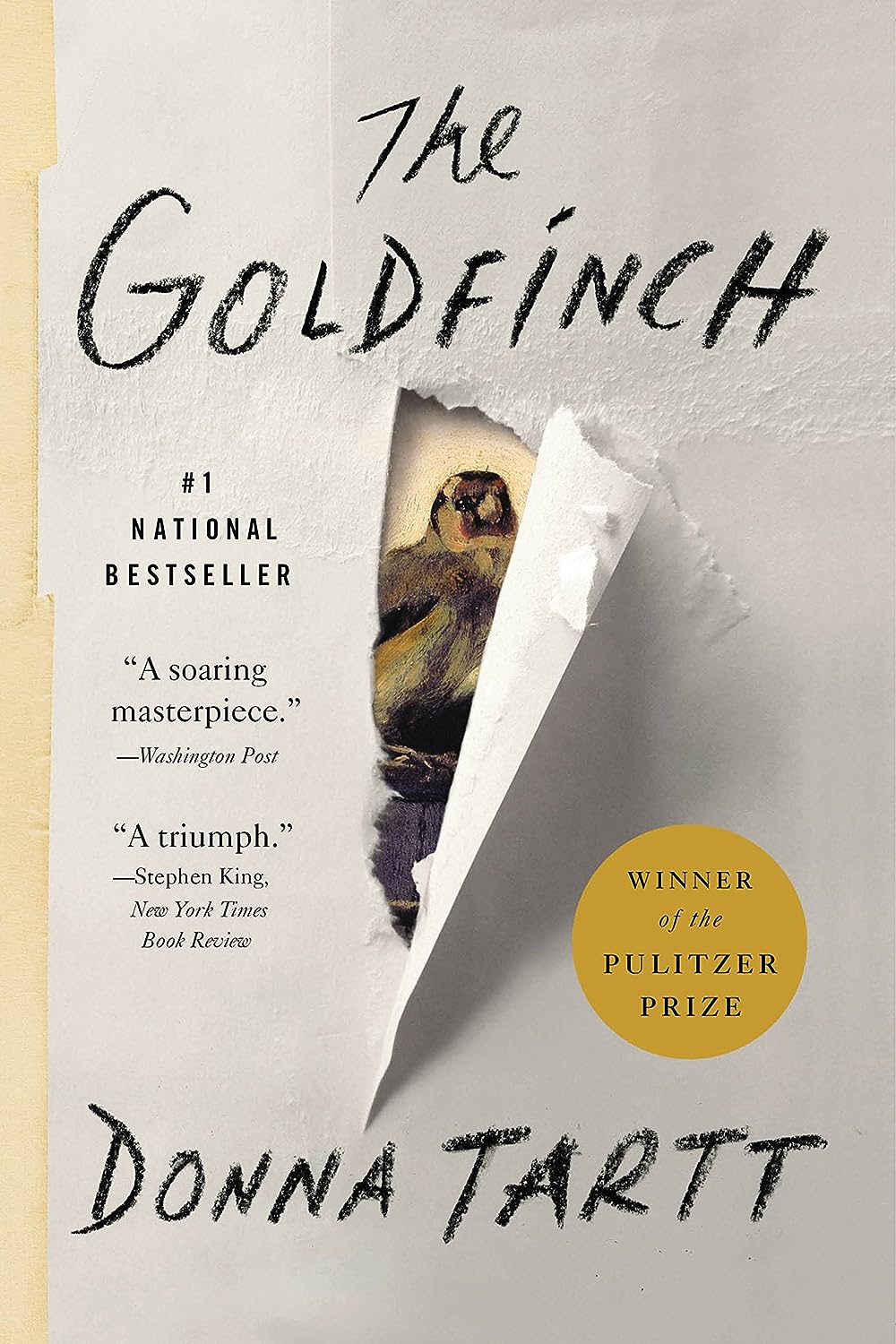 There’s this weird thing that happened to me when I read The Goldfinch, and I don’t know how much I’m supposed to tell about the beginning of the book, so, let’s try this. There is this part near the start when the protagonist, Theo Decker, as a young boy, has a chance encounter with an old man. The old man starts to mumble away about long ago times and asks whether Theo remembers them. Then the old man says something about knowing the boy’s mother when she was young.

So immediately I started thinking that this book was going to be some kind of fantasy novel with perhaps time travel or something similarly magical involved. Theo goes away from this unexpected meeting and the rest of the novel starts. Theo has to deal with some trauma early, but no magic appears. I was reading quickly through that part of the book because I knew the magic part had to start happening soon after. Then the next big thing happened and but that didn’t bring magic either. I was literally halfway through the book when I realized that there’s no magic happening here. It was all going to be real. (Although somewhere deep down inside me even at the very end I kept waiting for at least one of the other characters in the book to finally admit s/he was a witch/warlock or a werewolf or a vampire or something other than a regular person.)

The hard part about reviewing this book is that it never met my expectation of what it was going to be and so there was this bit of me that was disappointed even though this was a really good book. It was one of those books that I wanted to grab whenever I could because I couldn’t wait to read more. The story was well-drawn and suspenseful and the characters complex and dimensional.


So I recommend this book—entertaining story, great writing—with only one caveat. If you’re looking for magicians or time travel, this isn’t that book.
Posted by Stephanie Pounds at 7:30 AM